Many of the ingredients and techniques in this recipe seem a little unusual. I mean, what the heck is a hyacinth bean? And what! You want me to use a pressure cooker? And, yes I’ll admit this does take a little time to make.

But I know if you make it, you won’t be sorry! 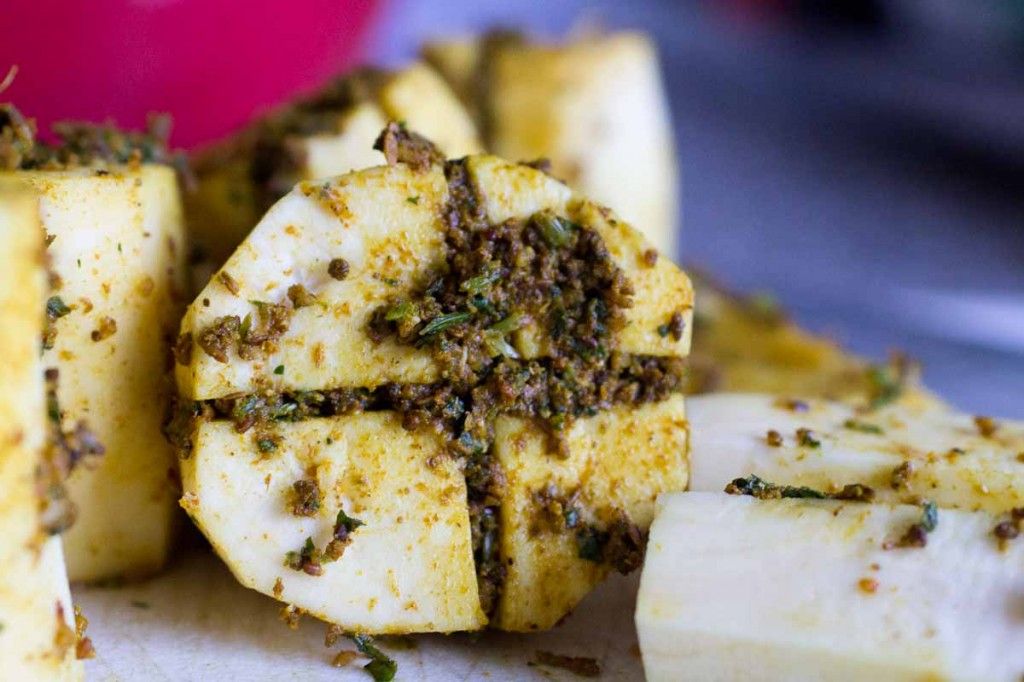 This mixed vegetable casserole, known as Undhiyu, is a much loved Gujarati dish that was traditionally baked in a clay pot buried upside down with a charcoal fire above. My mom just cooks it in a pressure cooker but  can also be baked in the oven.

My mom packed a giant tupperware container full of undhiyu for Steve and I when we drove across country from LA to DC. We ate it folded into slices of bread. Best road food ever!:) 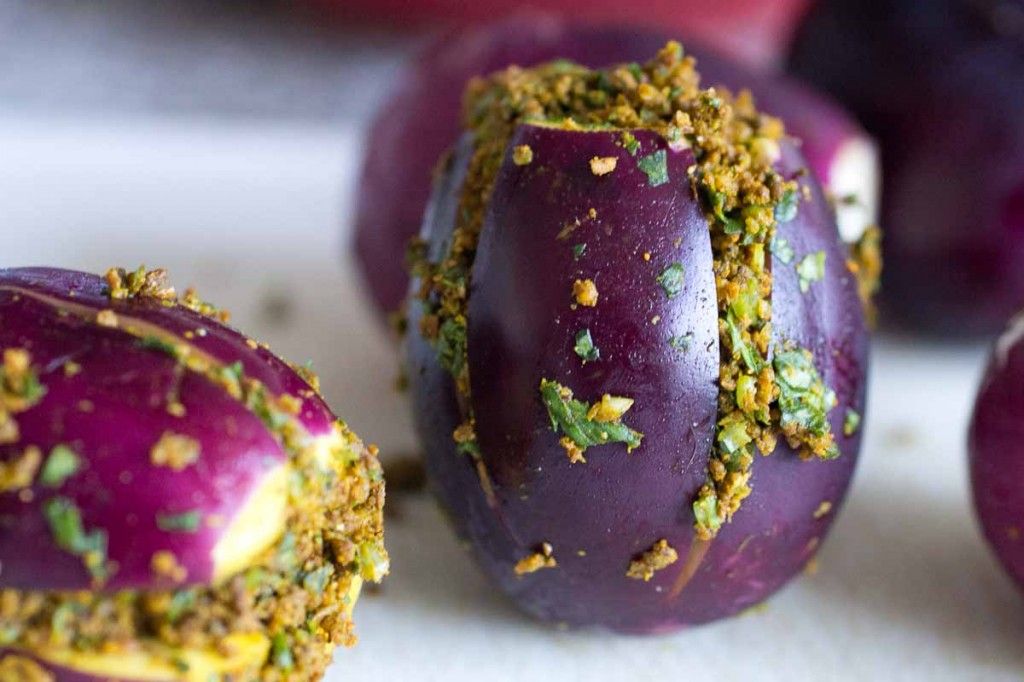 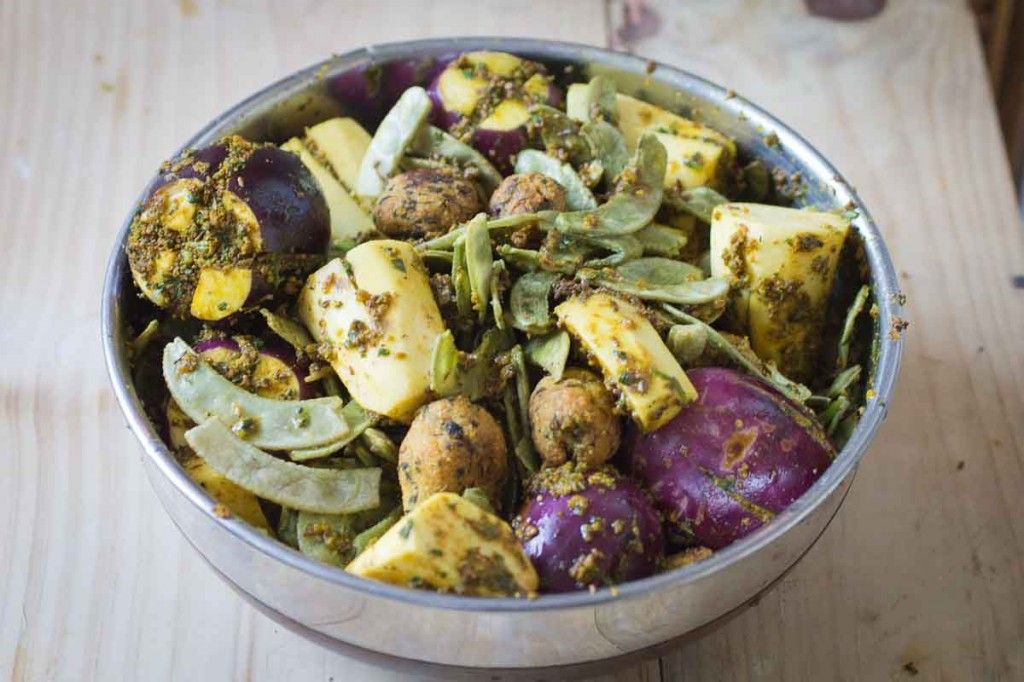 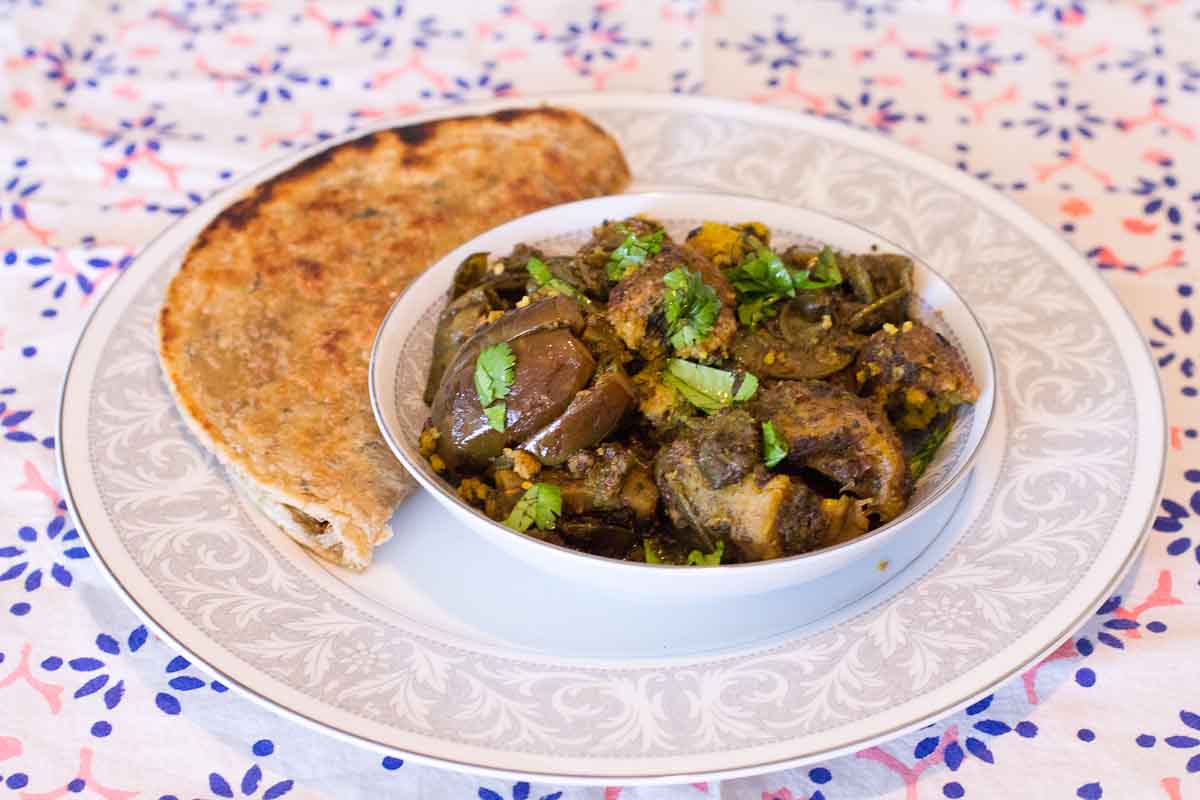 The Vaghaar (Tadka) and Assembly 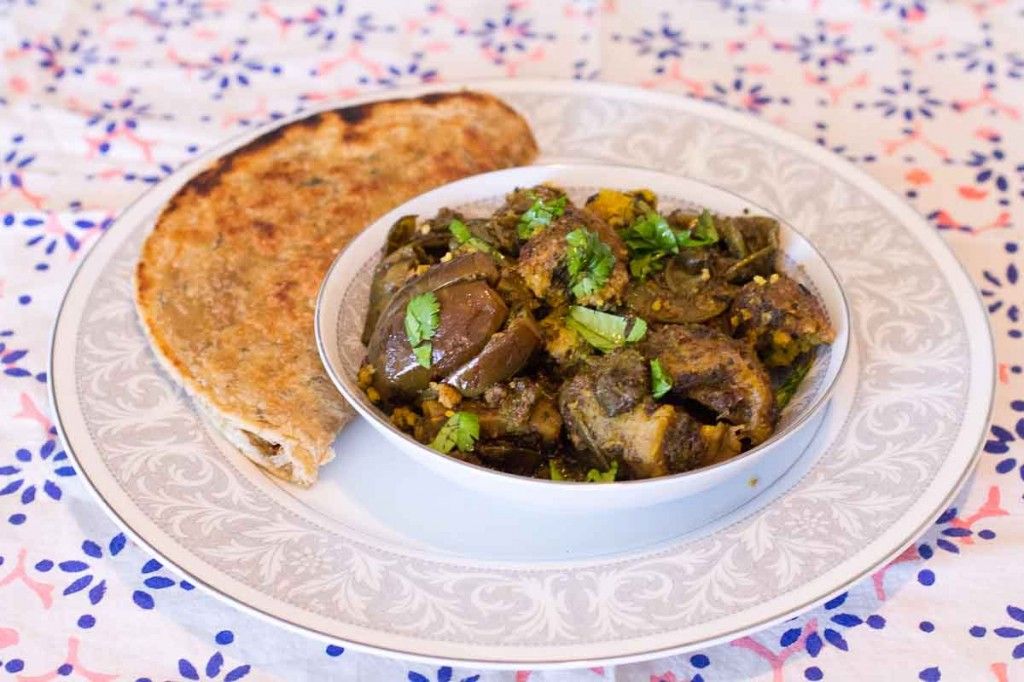