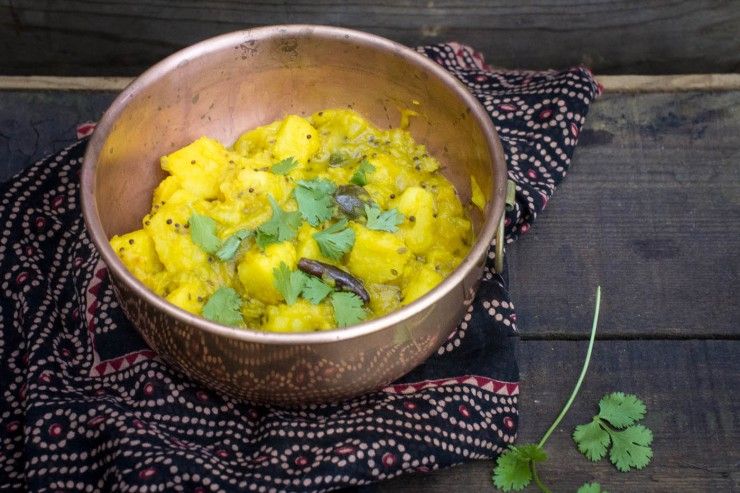 When people come over to my house for Indian food for the first time, I often serve Potato Shaak. I like it because it is so representative of the flavors of Indian cooking, and it just feels like a homestyle meal.

I find that most people are really comfortable with potatoes. Potatoes just say home regardless of what country you are from. In the pressure cooker the potatoes absorb the flavors of the cumin and the mustard seed almost all the way through. And while you still end up with diced chunks of bitable potato, a flavorful gravy forms from the starches that ties the dish together. And the onions turn into a sweet, jammy texture without any sauteing.

Potatoes were brought from Peru to India from the Portuguese. They quickly became an integral part of the Indian diet.

My mom used to make this shaak often when I was growing up. Now I make it all the time. I often use it as a stuffing for dosa. But we also eat it with parathas, or if I’m really just trying to whip something up quickly, we’ll just eat it with flour tortillas. It is such as simple dish because you just do a vaghaar and then throw in raw potatoes and onions, a little water and about fifteen minutes later you’ve got dinner. 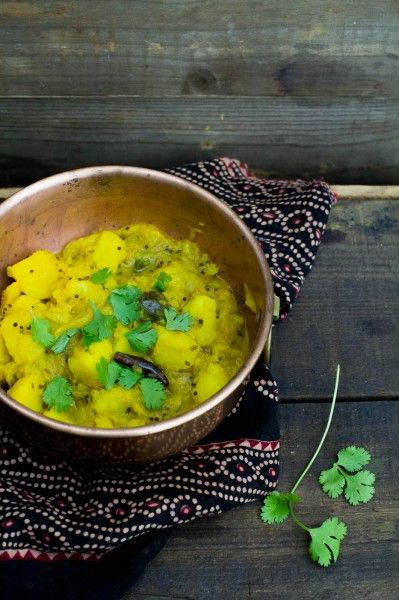 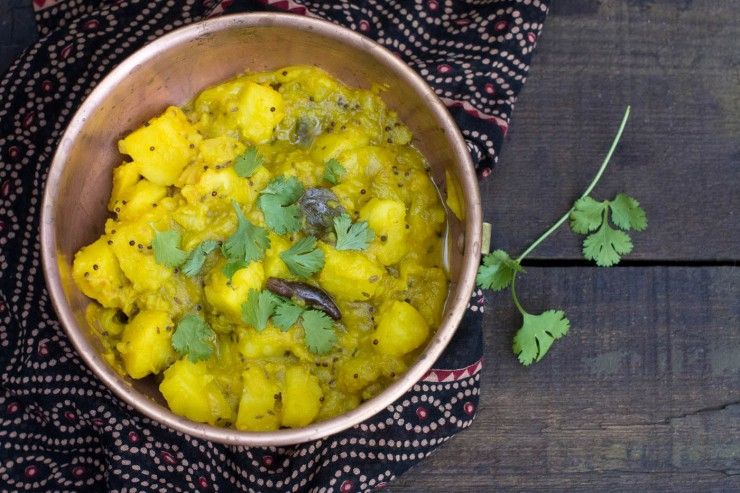 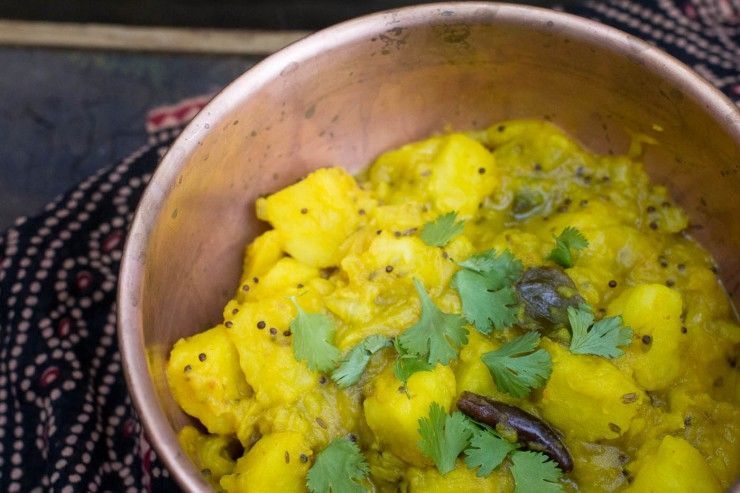 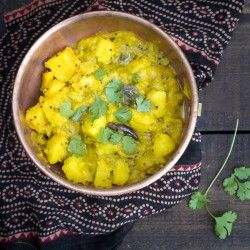