These spicy potato fritters are one of my go to recipes when I’m cooking for a crowd. I made them recently for my birthday party. They are an easy to eat finger food and taste great served warm or at room temperature. There are two ways I like to make them: Mumbai style with garlic or the Gujarati way, without garlic. My mom makes them the Gujarati way, except she adds onions which most people do not. I like to add pomegranate arils to both recipes because they add a nice sweet and tangy contrast to the spicy potato, but these are optional. 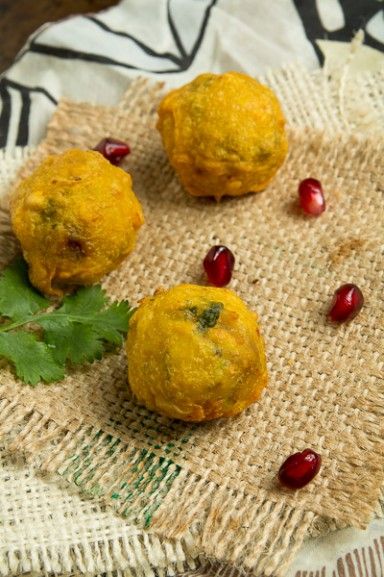 The potato is such an integral part of modern Indian cuisine that it’s hard for me to believe that it is a relatively new addition to the cuisine. Even though India is one of the largest producers in the world today, there was no potato in the Indian diet two hundred years ago. Personally, I am really happy that the potato was adapted into Indian cuisine. I don’t think there is any cuisine that has more variety of applications for potatoes than Indian food. Potatoes are used to make curries, sandwich fillings, added to snacks, used in place of eggs to bind patties, and so much more. Indian food just wouldn’t be the same without the potato. 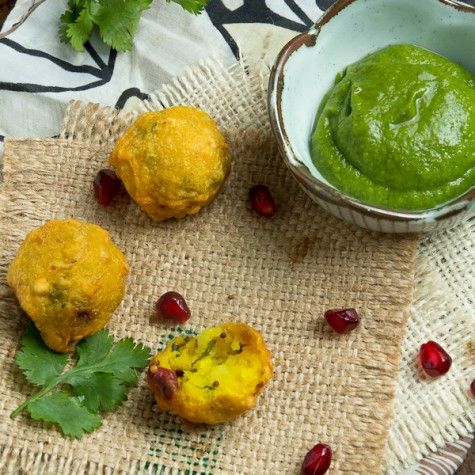 Potatoes originally came from the Andes region in South America where it was first cultivated about seven thousand years ago and probably grew wild for thousands of years before. It was brought to India by the Portuguese in the 1800s. The Gujarati word for potato is batata, the same as in Portuguese. When they were first introduced to the country, they were seen with suspicion by the Indian population. But in the last two hundred years they’ve become one of the most loved and widely used vegetables in the cuisine.

These batata vada are garlicky and super delicious. I’ll share my mom’s recipe another time. 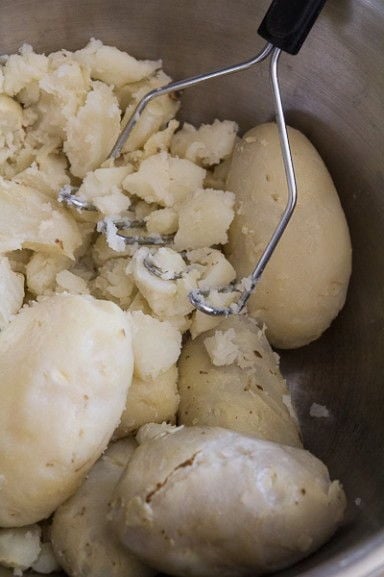 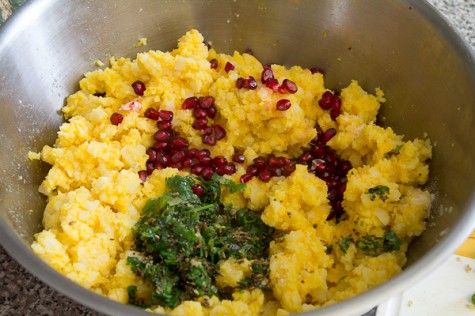 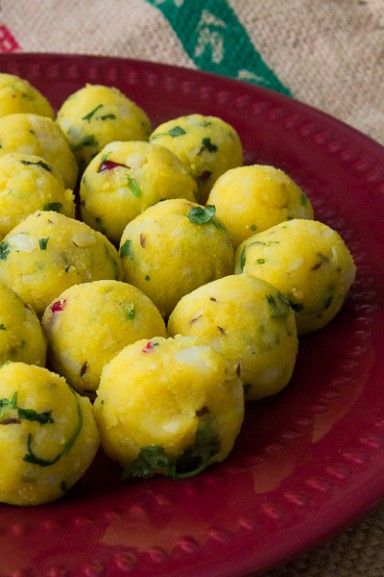 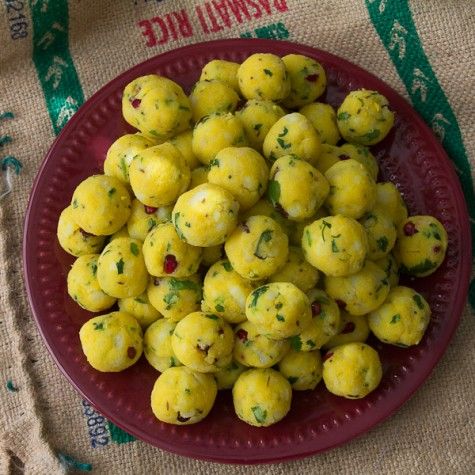 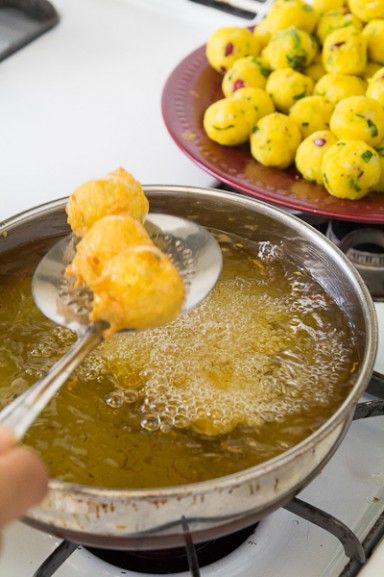 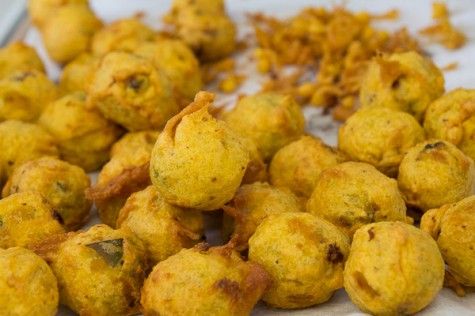 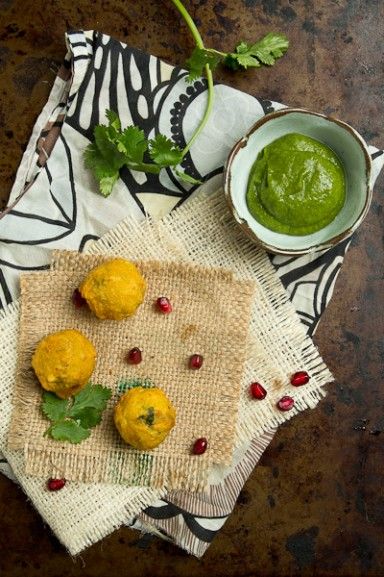 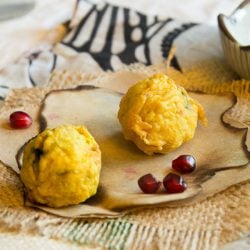 For the potato fritters

For the batter and frying

This recipe makes about 40 to 45 fritters.
Serve with green chutney, tamarind chutney, or ketchup.
Make sure to save the boondi (the little bits of fried batter that collect on the side). They are delicious on their own and you can also make raita with them.
These batata vada are super delicious even if you make them without pomegranate seeds.