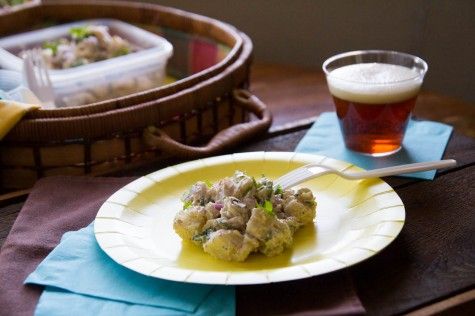 I think of picnics as a major part of Indian culture, so much so that school field trips were even known as “picnics.” We would picnic to “National Park” in Bombay, or my family would often picnic at the beach.

I used to talk about having picnics a lot in Virginia but it took a while for Steve and I to get around to it. But one year for his birthday I decided to take him to Shenandoah National Park, a beautiful spot in the Blue Ridge Mountains a few hours from where we lived. It was a perfect opportunity to finally have our picnic. Steve requested some typical American picnic foods like potato salad. The only problem I have with potato salad is the mayonnaise.

I’m not a big fan of mayonnaise now, but for most of my life it really grossed me out. I don’t know why, it just hits one of those nerves with me, like sour cream. So naturally, I avoid foods with a prominent mayo texture. After some thought, I decided to make one without mayonnaise.

I found a recipe online that was made with olive oil instead of mayo and thought it would be perfect. Something both of us could enjoy! I tasted it before I packed it and the flavor was good but it was a little oily. I brushed it off, deciding that it would be fine.

We set up our picnic in a beautiful meadow surrounded by mountains and trees. Unfortunately, the potato salad turned out to be a greasy mess that leaked all over our picnic basket. And worst of all Steve was incredibly disappointed. It didn’t look, feel, or taste like the potato salad he grew up with. 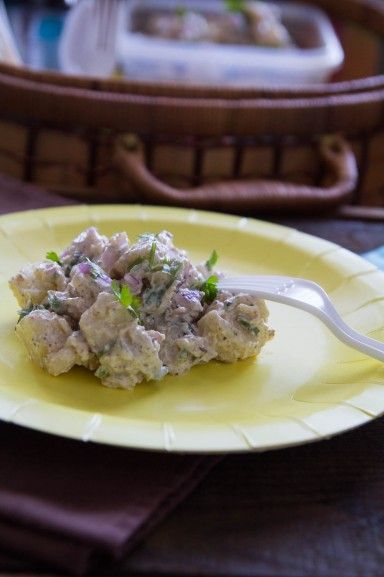 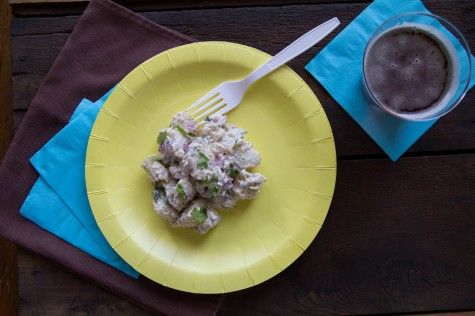 After that olive oil debacle, I tried making a potato salad that was more traditional but just substituted the mayo for Greek yogurt. It was a much more successful dish. Yogurt worked out so well that since then, I’ve made it my own and experimented with many versions by varying the herbs and spices.

I made this Indian spiced potato salad for the bluegrass barbecue potluck we went to last weekend.

Even though I can eat mayo in small amounts now, I still like to make my potato salad with yogurt. Not in the least because it’s healthier but I also think it tastes better. 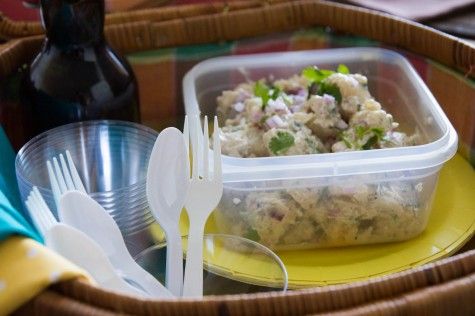 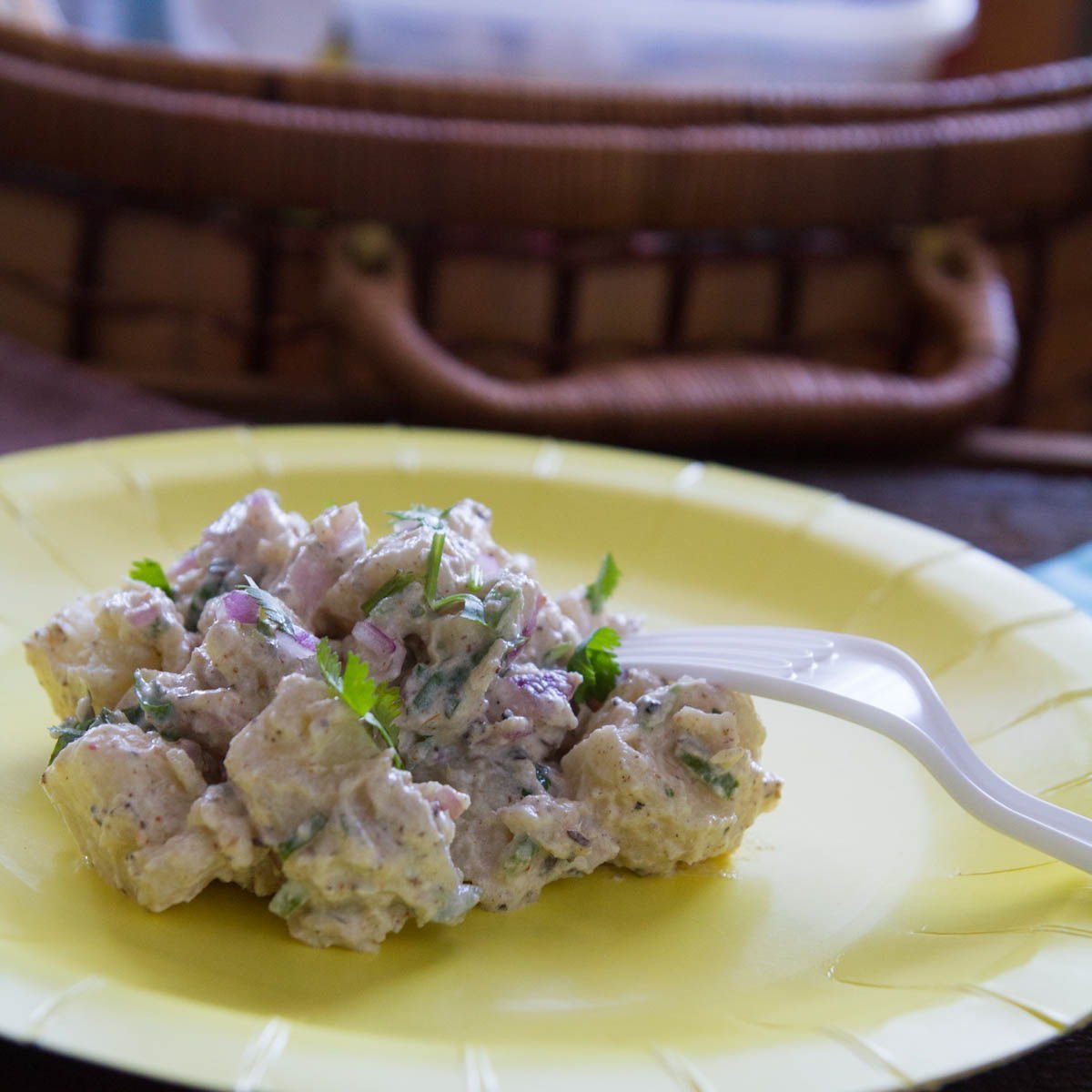 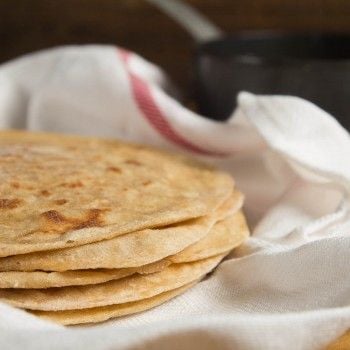