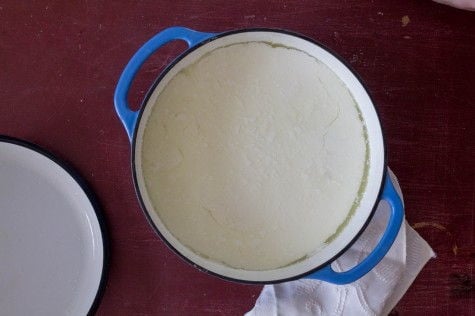 It’s kind of embarrassing looking back, but before I knew Puja, I didn’t know the difference between plain and vanilla yogurt. I had never had plain. What would a person want with unflavored, unsweetened yogurt?

But yogurt is used extensively in Indian cuisine, as a condiment, a base, a marinade, it’s even used in naan to give it a nice, subtle tang. A few years back Puja and I made a simple Indian dinner for some friends. We made chole (garbanzo bean stew) and naan, with a yogurt and cumin mixture to accompany the chole. One of them called the next day to get the recipe for “that delicious yogurt sauce.” I completely understood where she was coming from, but it was funny to Puja because it was such a simple thing: mix yogurt, cumin, chili powder and salt to taste, not something she ever would have thought of as a recipe.

When you use as much yogurt as we do, it makes sense to make it yourself. Store bought yogurt comes in such small containers and the markup is ridiculous. There are also other great reasons to make it at home. The store bought stuff is often packed with unwanted stabilizers like corn starch and gelatin. Have you ever noticed a jello-like texture to your yogurt? That’s because the manufacturer is taking shortcuts. You’re getting the thickness of a good yogurt, but not the richness, and the texture is just wrong. 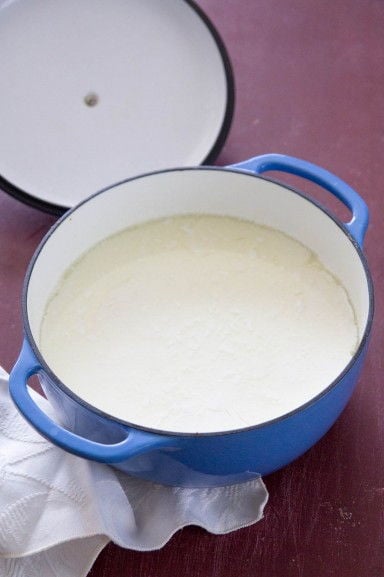 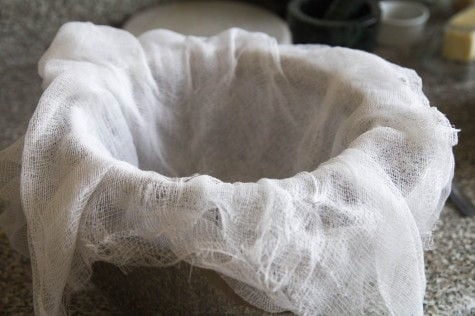 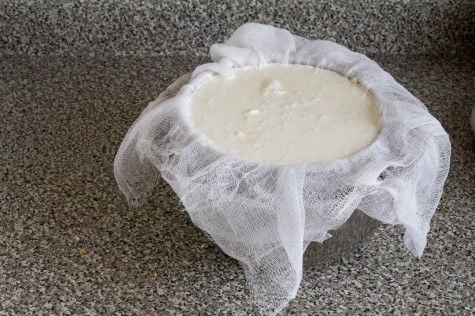 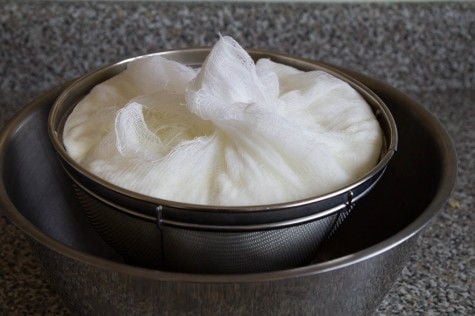 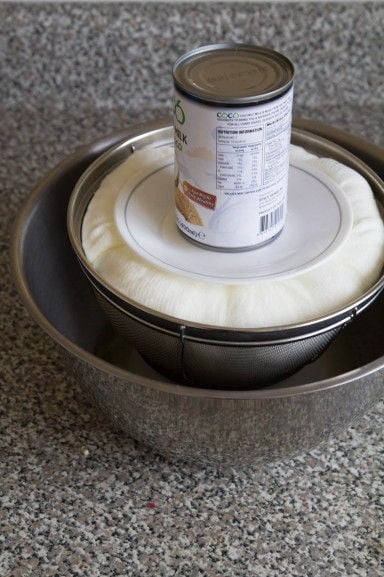 Also, if you make a lot of smoothies, it makes sense to make your own yogurt because you can make a large quantity to save a bunch of money. It takes about the same amount of labor to make a little bit of yogurt as to make a lot. One time I made yogurt in the same plastic jug the milk came in. I wanted to be able to easily pour it from there into the blender for smoothies. Even though I like the idea, it ended up being too messy to do again. When the yogurt got low I had to squeeze the container to get it to come out.

It’s also really easy to make the yogurt really thick and delicious, like Greek yogurt. All you do is strain out the whey as I’ll describe in the recipe. And you can choose how thick you want it. I don’t know why, but yogurt becomes more delicious the thicker it gets. I often make something between a Greek-style yogurt and lebne, which is about as thick as ricotta cheese. And if you want to make a sweet yogurt like the Yoplait stuff I grew up eating, just mix a little jelly in or make your own fruit mixture with some sugar.

If you research how to make yogurt you’ll find people have all sorts of complicated methods, but it really doesn’t have to be that way. You don’t even have to buy a starter. In fact, please don’t. Just start with a little store bought yogurt. By law, when you buy yogurt from the store the cultures have to still be alive or they can’t call it yogurt, at least in the U.S. Despite what you might read elsewhere, the process is very forgiving. I don’t even use a thermometer or measure the milk or yogurt. 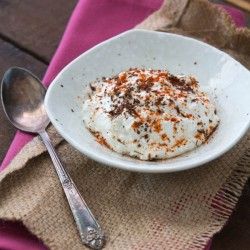