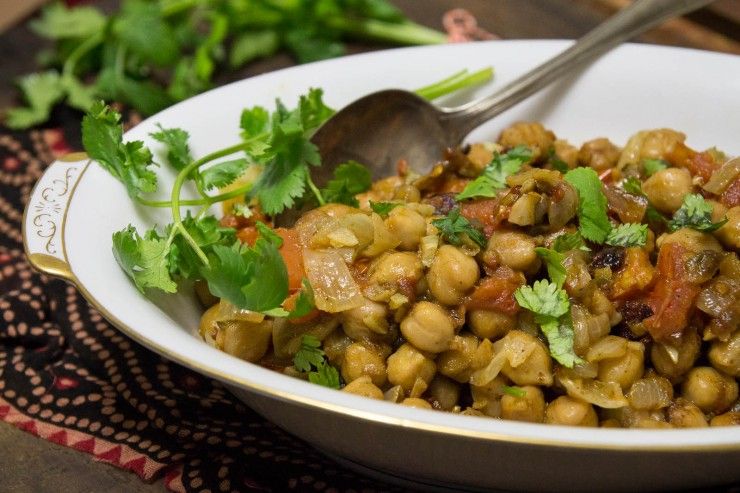 Nearly two years ago, Puja and I started kicking around the idea for an Indian food and culture blog. We tossed back and forth ideas but they stayed off the page for a while. Finally I just sat down, set up some skeleton of a website that I barely remember. To really get it started, as our first post I put together a recipe for Chana Masala. I chose Chana Masala because it’s easy, it’s delicious and it’s the dish I’m always the one in our house to make. Can you believe we didn’t even take pictures for the post?

I’ve finally set down to do the Chana Masala post right. You can think of Chana Masala as a chickpea stew. Around our house we usually call the dish “Chole” which is the Punjabi word for chickpea. It’s basically chickpeas stewed in tomato gravy with Indian spices. It is great as a side dish or as a main course. As a vegetarian dish it makes for a great source of protein. It scales so easily that it is great as a quick meal for two as Puja and I had it last night, or made in a large pot to serve many. It also makes great leftovers, so if you want you can make a big pot and keep whatever is left in the refrigerator or even freezer.

I often make it from dry beans in the pressure cooker but I wanted to keep this recipe really simple so I used canned beans. The taste is just as good but it’s a much easier way to make a small quantity of it.

I don’t normally measure anything when I make Chana Masala. It’s so easy to just saute some onions, garlic and chilies and then throw in everything else. But I know a lot of people want measurements so I went ahead and figured it out for those people. But honestly if you aren’t exact it’s really difficult to mess up. 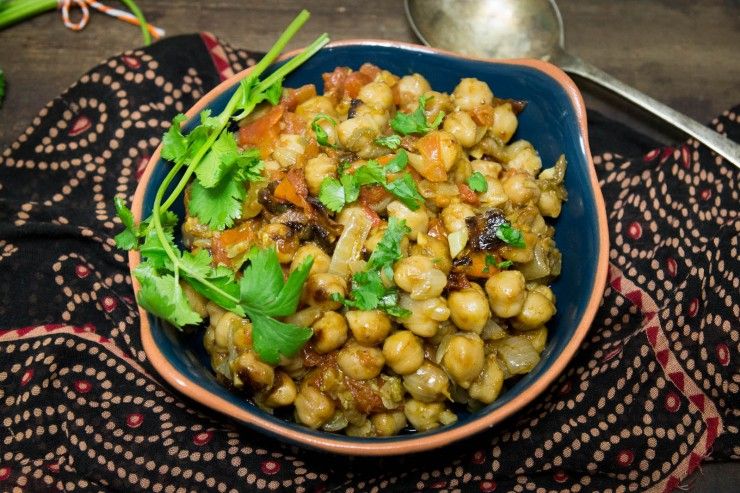 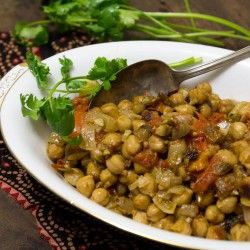