January is over and that diet Puja and I were on is finally over. It was a tough 30 days, but we are pretty happy with our results. I lost nearly 15 pounds last month.

I’m not going to say we ate perfectly every day, but we did stick to it pretty close to 100%, eating almost entirely a fruit and vegetable diet, eggs, zero bread and healthy oils, no processed foods. So of course we pigged out on Super Bowl Sunday! 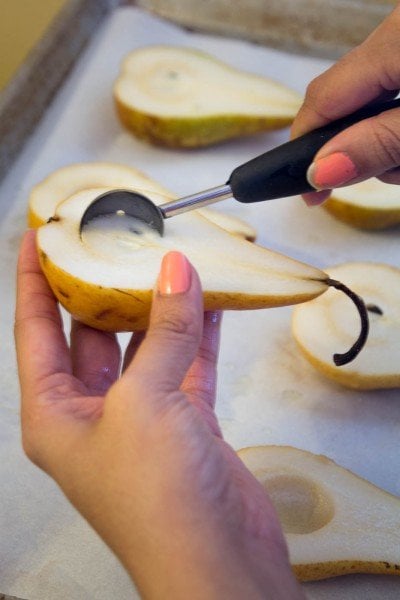 We had spicy chicken wings with blue cheese dressing, beer, nearly a whole bag of Ruffles Sour Cream & Cheddar potato chips, chocolate chip cookies, and did I mention beer? Then when our bellies were beyond full and bloated, we went out for dessert. We tried to go to a dessert restaurant that Puja has been wanting to go to for a while. But when we got there we found out they had gone out of business!

But we found a dessert cafe a few blocks down. Puja was in the mood for something simple, a Raspberry Cheesecake. I got a New Orleans Croissant Bread Pudding. It came with a caramel sauce and two scoops of vanilla bean ice cream. All this to say, when we broke our diet, we really broke it. 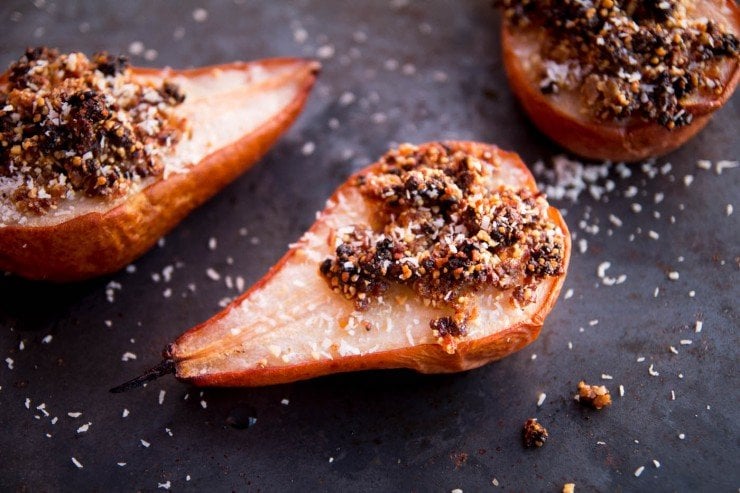 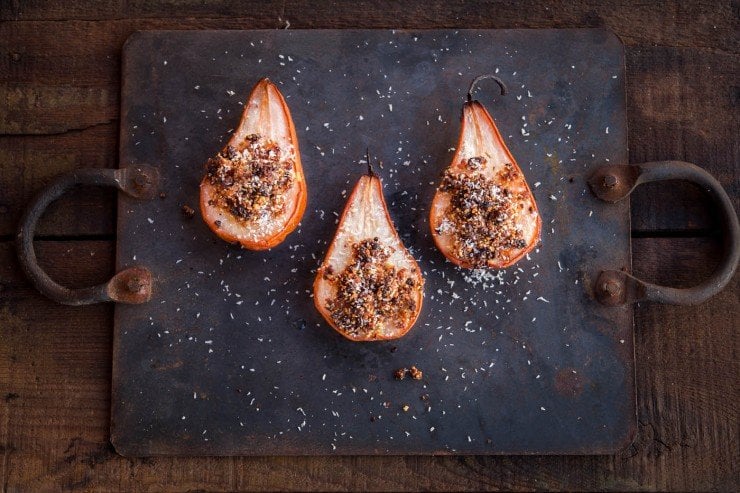 One of Puja’s creations that really helped us get through the month of January was this Pear Dessert. Between the sweet roasted pears and the nutty topping, eating these were almost like eating pie, but without the added sugar! 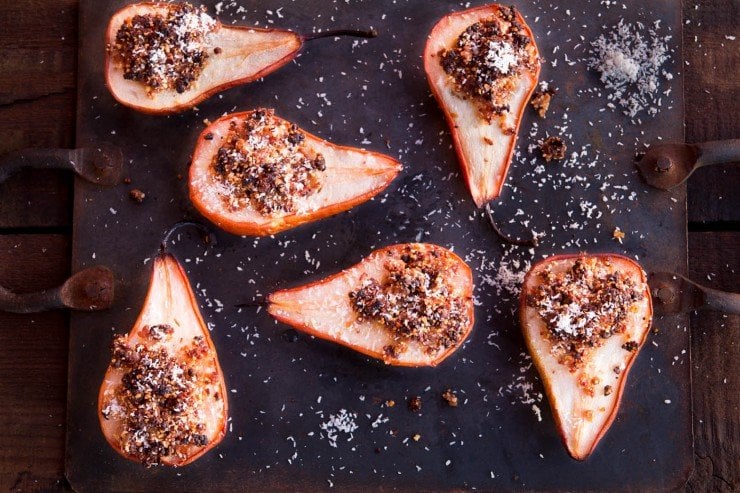 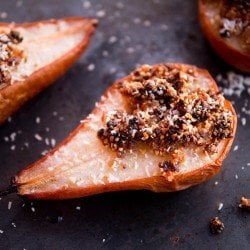