Chicken Jalfrezi is such a delicious chicken curry that it’s hard to believe it’s a leftover chicken recipe dating back over a hundred years. Ever wondered what to do with that left over rotisserie chicken or the extra chicken breasts you cooked for dinner yesterday? Take a note from the British Raj and make chicken jalfrezi! 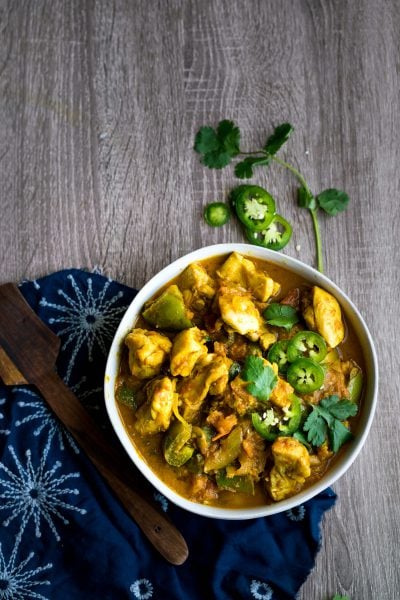 Invented as way to use up cold left over meat (often from a feast of a whole roasted lamb or fowl for a party the night before), the jalfrezi recipe can transform cold bland meat into a spicy bowl of delicious curry. Stir-fry a bunch of chilies and onions in a wok with some ghee. Then add precooked, deboned meat and cook until heated through. There you have it, a simple and fast meal that is ready in minutes.

There are whole catalogs of Indian recipes that were created for or by the British ever since they first colonized India in 1612. Some, like Chicken Tikka Masala are relatively recent inventions created by Indian chefs in England. Others, like jalfrezi, were invented over a century ago for the British living is India. 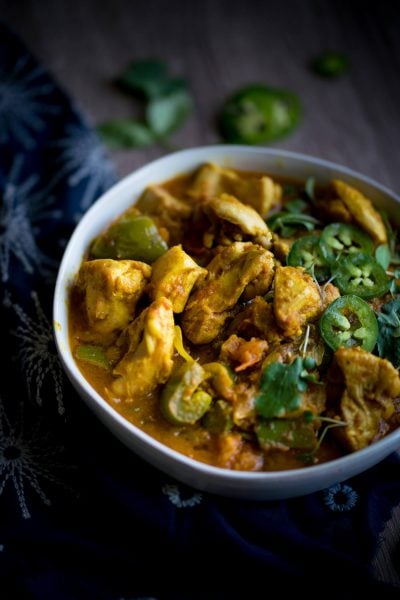 I recently discovered some old Colonial Indian cookbooks written between 1850 and 1910. Some of these books are written for families who are moving to India and need to learn the local food and others for those who’ve moved back to England, teaching them how to make curries in their “original style”. In both cases, these books are a fascinating window into a different time.

Jalfrezi is a recurring recipe in these books and it’s obvious that the popularity of this old favorite endures as it is the most popular curry in British Curry Houses today, even more popular than chicken tikka masala. 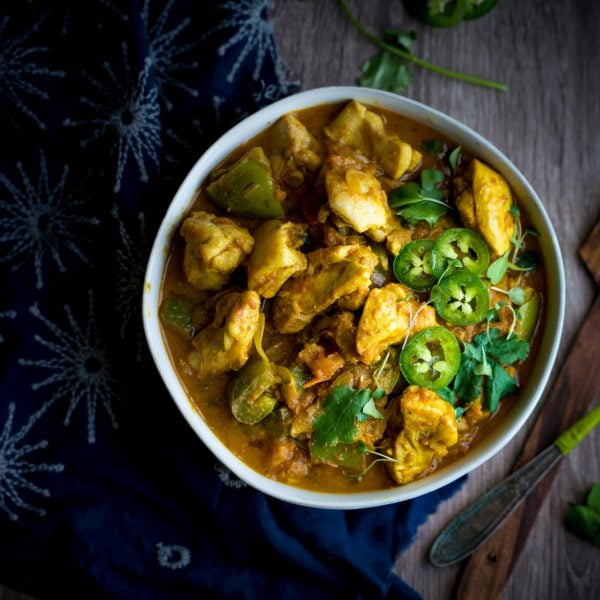 The tomatoes seem to be a relatively modern invention as none of the old recipes I’ve seen have tomatoes added. But I’ve never eaten a restaurant jalfrezi that didn’t have tomatoes. So to me the tomatoes are a must. I also love adding the tomatoes because they create a little bit of a sauce for the curry. This idea from the 1800s translates perfectly to modern life. It’s a great dish made from scratch with raw chicken, or also a super easy and delicious dish when made with left overs from a store bought rotisserie chicken.