This masoor dal is so easy to make. Simply, throw some lentils, water and spices in the slow cooker, put on the lid and forget about it for several hours. There is no chopping vegetables or sauteeing onions. No fuss! Then, when you’re ready to eat, pour over the fragrant “vaghaar” by heating some ghee or oil and adding in the whole spices and a bit of chili.

The slow cooker is a great tool if you want to experiment with making dals. I do this often because it is so easy to throw some lentils, liquid and spices in the pot in the morning and leave it for the day. When I get home, the house is filled with the aromatics of a warm, comforting meal. 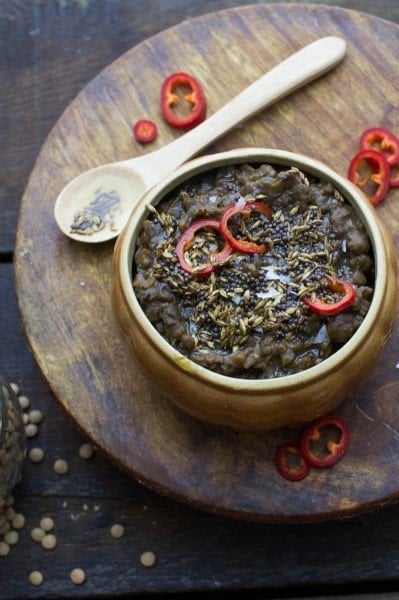 You can experiment with the type of liquid used. Coconut milk, chicken or vegetable broth, or a little tomato paste added to the water would all make an excellent base. It’s also really fun to play around with the spices and quantities in this recipe, I really encourage you to experiment here. It might sound a bit weird to some people, but cinnamon is a great spice to add to Indian savories, but the trick is to not add too much. The first time I made this, I used a whole cinnamon stick and after 6 hours in the pot, that turned out to be way too much.

I now prefer to use just half a stick of cinnamon, or at least a really small one. Also, I tend to go easy on the black pepper, using only 3-4 peppercorns. But we’ve got a Punjabi take-out restaurant down the street that makes a nice Masoor Dal and if I were trying to make it like their’s I would use at least a teaspoon of peppercorns, and double up the ginger. 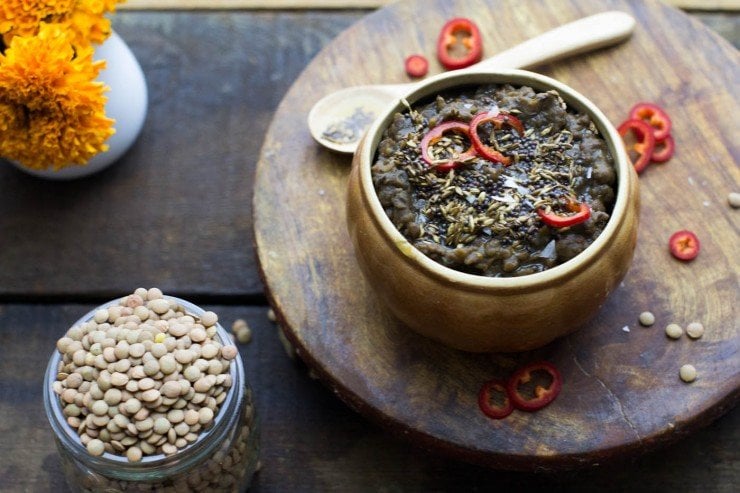 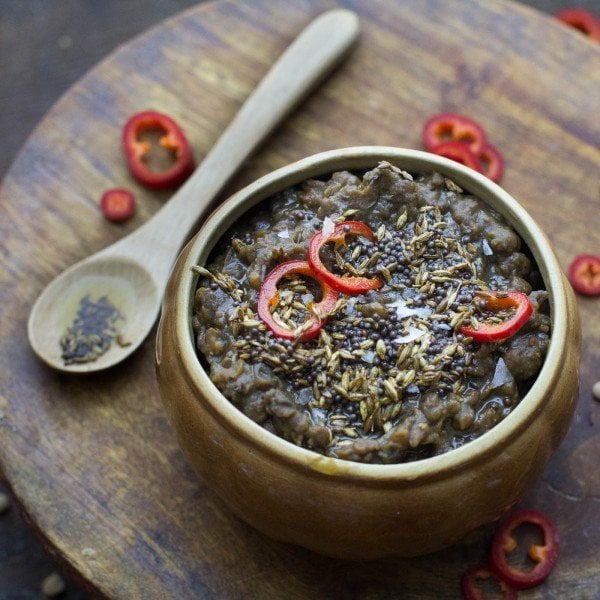 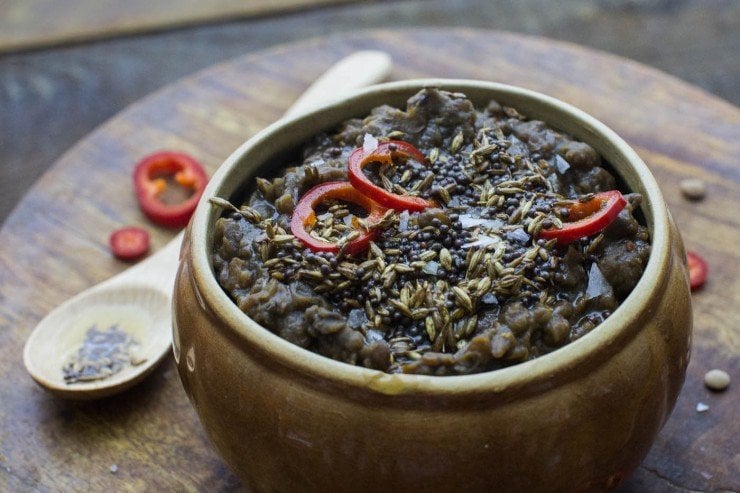 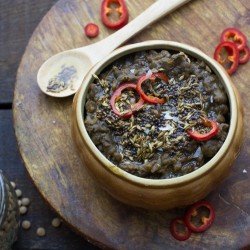