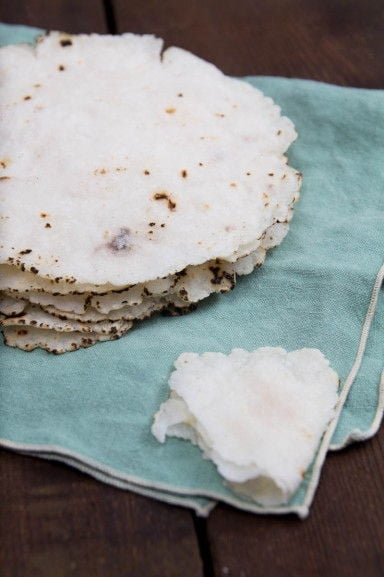 Long before the gluten free diet became popular, and well before I had even heard of Celiac disease, my mom cut wheat out of her diet. She noticed that she felt better when she didn’t eat wheat so for a while we ate a ton of rice dishes along with other lesser known grains like millet and sorghum.

When she switched our diet, my mom started making rotli (flat breads) with rice flour. Although it is eaten in some parts of Gujarat and South India, it is not all that common. Rice rotli are softer than the regular whole wheat rotli we ate and much whiter. And they were delicious. 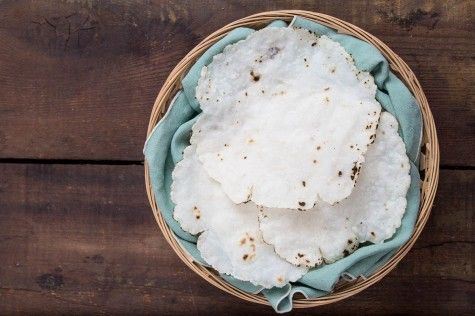 A blog reader recently asked about gluten-free flat bread recipes and I immediately thought of my mom’s rice flour rotli. I had never made these before and didn’t think there was much to it, so I made a dough with rice flour, oil, salt and water just like I do with wheat flour. My rotli came out so tough, I knew I had done something wrong.

So I called up my mom and asked her how to make the rice flour rotli. She told me the secret was to use boiling water and she shared her method with me. I decided I didn’t want to bother with her technique and made my dough in the food processor with boiling water. Again, I got it wrong and ended up with super tough rotli.

Finally, I gave in and followed my mom’s instructions exactly. And as much as I hate to admit it, it worked out! We ate soft and delicious rice rotli for lunch with a quick pea saute. 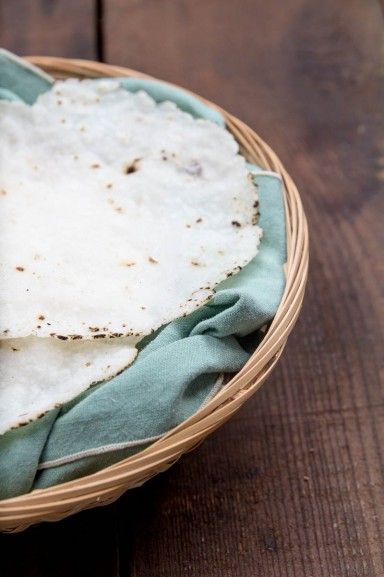 These rice flour rotli are a little tricky to make because the dough is super soft and not as forgiving as wheat dough. But with a little practice, I got the hang of it. I am sure you will too. Feel free to ask me any questions you may have about these.

My mom’s experiment only lasted a few months because the rest of us got pretty tired of eating so many rice based foods. We all started eating wheat again for a while. But my mom is gluten-free again because has noticed gluten seems to inflame her arthritis. And this time, she’s not switching back. 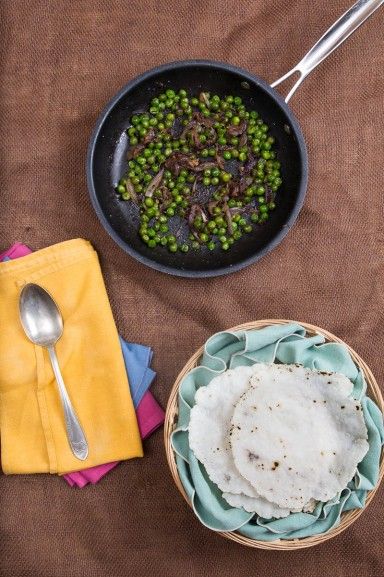 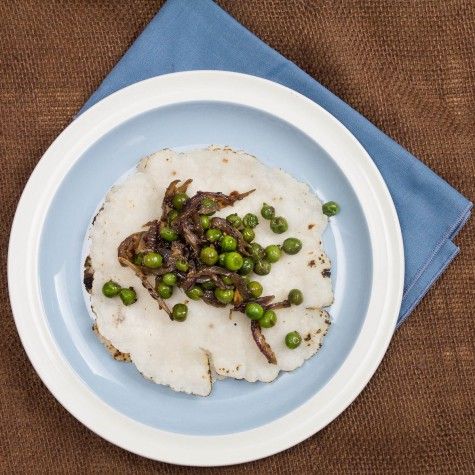 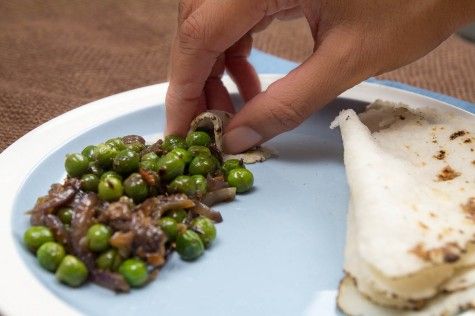 Here is a video that demonstrates how to roll out the rotlis and cook them. (Please excuse the messy counter).
http://youtu.be/qrnEzFdVJH0 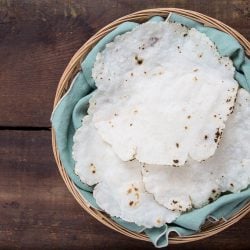 Makes about a dozen 6 to 7 inch rotlis. When you are rolling out the rotli, use light pressure from the center out. If I had a tortilla press, I would definitely try to use it with this recipe. I think it would work great. Update 12/20/13: These rotli are served with this simple pea saute.