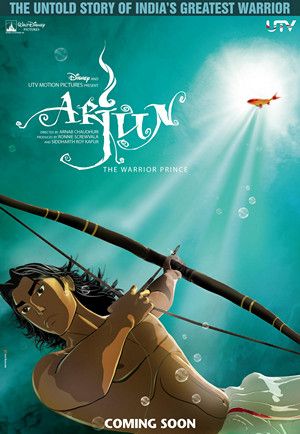 About as long as I’ve known Puja, she’s shared with me stories of the Mahabharata and tried to explain Hinduism to me. Years ago, when we drove from California to Virginia, she passed much of the time telling me stories from the Mahabharata. These stories are deeply ingrained in her from her childhood. She always gets so excited about telling the various stories of gods and battles from the great epic. I’ve always struggled to follow along because the names are so foreign to my ears and many of the stories don’t fit the narratives I expect.

When I was a kid, learning Christianity was a whole different experience for me, but in a lot of ways not so different than Puja’s experience learning Hinduism. I’ve read books such as The Autobiography of a Yogi, that try to relate Hinduism for western audiences. And even though I’ve participated in various gatherings at temples, such as Navratri and weddings, I’ve found learning about this religion as an adult to be a very daunting thing. When I approach Hinduism, I can’t help but look for great pronouncements. I’m looking for the ten commandments and the golden rule and God and Satan. Where is the garden of Eden?

When I don’t find those, I switch over to my (limited) knowledge of the Greek (or Roman) gods and I look for someone to represent fire or water or music or peace or war. And those things are kind of in there, but not in the same way.

This is where the movie, Arjun: The Warrior Prince, is particularly helpful, because it has taken a small piece of this very large book, the Mahabharata, and dramatized it. Like many Bollywood films, Arjun is a movie intended for families. The overall story and ideas are presented in a way intended for children to understand, but in a way that knows adults will be watching as well. In fact there are portrayals of violence that are difficult to imagine in a Disney film. Arjun is about a great warrior, and battle is fundamental to the story. In fact, the final battle scene isn’t so unlike the slaughter that takes place in Kill Bill volume 1 when The Bride takes on the Crazy 88 squad, only here it is animated and features fewer buckets of blood.

The most notable thing about Arjun is the animation. This was the first attempt at creating a great animated movie by the Disney in India production house, Disney-UTV. The animation was at times stunning and beautiful, the kind of top-notch animation you can expect from a Disney film. Then at other times I was left wondering, what happened here? Was this part rushed, or did they run out of money? Mind you, it was never horrible, just somewhat inconsistent. It showed up as a problem particularly whenever there were weird camera angles. Perhaps in a meaningful attempt to show the maid’s large hands, they could change proportions radically from one cut of a scene to the next.

Arjun was created for an International audience, not just for Hindus. It does not try to remain one hundred percent true to the canonized story. It abbreviates some tellings in order to stick to the story of Arjun, as the Mahabharata tends to go off on big diversions. Certain facts, such as Arjun and his brothers’ marriage to Draupadi, are not explored in detail because they might be too complex for this telling. And the storytelling is choppy at times. Sometimes too much was left unexplained making it hard to follow, even for Puja. I was lucky to have her sitting next to me explaining who all of the characters were. I paused the movie often as she explained the various relationships and I drew out a couple of family trees to help me follow along better.

The movie had it’s noticeable shortcomings, but it was also a major step forward in Indian filmmaking. I often look at the Indian film industry as having the potential to fill in the gaps where the American film industry has receded. I don’t know if Indian films will ever step up to the task, but movies like Arjun at least help to demonstrate that it is possible.