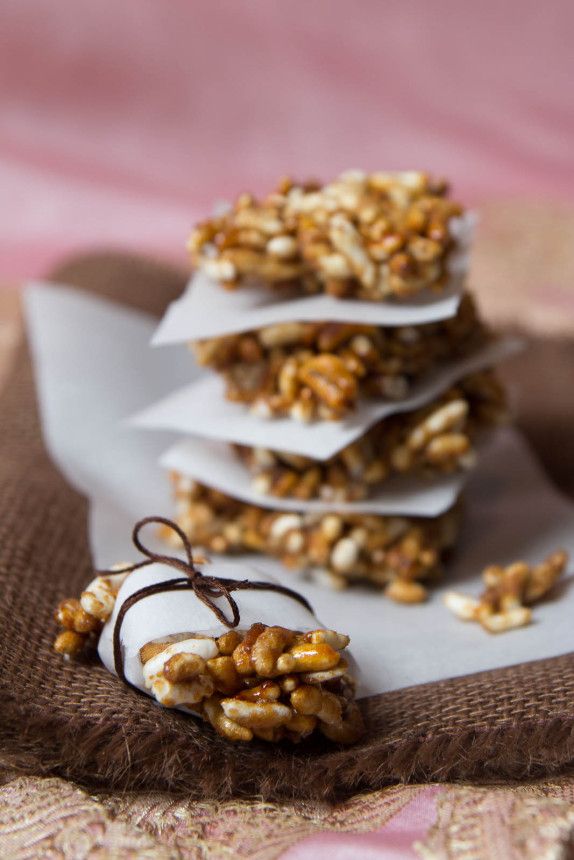 January 14th is one of the most exciting days of the year in many parts of India, especially Gujarat. Growing up, my brother and I looked forward to it every year. It’s the day of the Kite Festival. The Kite Festival in India is not the peaceful event you may be picturing. In India, flying kites is a war game! Kite wars are real!

The object is to cut the opponent’s string and steal their kite. First step is to find a target kite, next approach the target as stealthily as possible, get your string around theirs and pull! We would spent all day out flying our kites, attacking unsuspecting neighbors and trying desperately to save our kites from being cut.

If you’ve never been a part of a kite fight, you’re missing out. It is a battle of speed, stealth, agility and sharpness of string. Sharp string might sound a little strange but that is literally what it is. The kite string is infused with either powdered glass or some other abrasive. When my dad was a kid, he used to make his own kite string by running regular string through a mixture of powdered glass and rice glue.

Often, when my kite was being attacked, I had to call in dad for backup. He’d take over my string and somehow eek out a victory and I’d run off to claim my prize. I loved coming home with a stack of hard won kites.

Brutal malee aside, the festival is truly a beautiful site, as the sky is filled with hundreds, if not thousands of kites. The festival, known as Makar Sankranti or Uttrayan, celebrates the harvest and the end of winter. In addition to the kite flying, we celebrate by eating chikki (brittle) made with sesame seeds, rajgira (amaranth), peanuts or puffed rice and by flying kites. The puffed rice brittle was always my favorite. 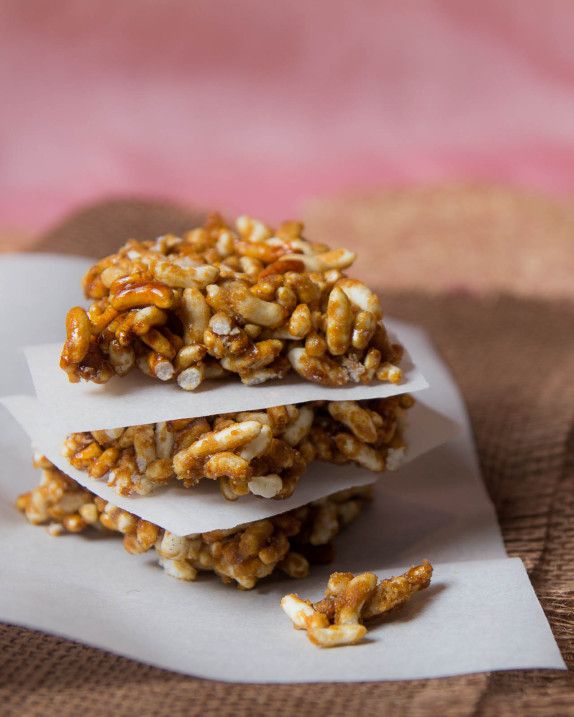 I made some puffed rice brittle today in honor of this special celebration. Often, I think about heading out to the beach here in San Diego with a kite but never do. I haven’t flown a kite in more than a decade. It probably wouldn’t be much fun without the adrenaline filled battles and the promise of victory. 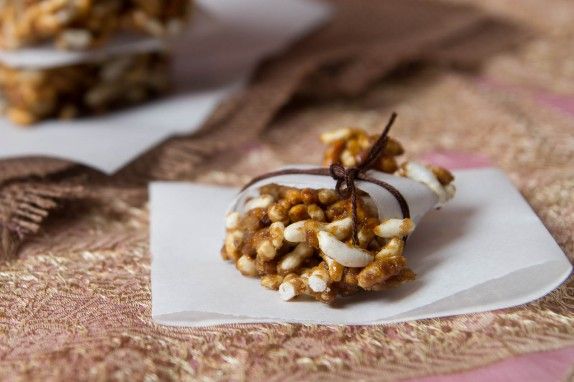 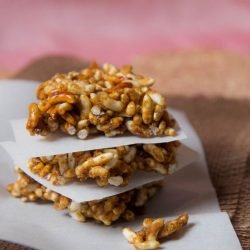 I like to sprinkle some sea salt over my puffed rice brittle. I love the contrast of sweet and salty.