I can’t remember ever eating eggplant until I was with Puja. She loved it at a restaurant we used to frequent in Arlington called Delhi Club, so I figured out how to make it at home for her. Since cooking with eggplant, I’ve found a few different ways to use it that I really like, but by far the best of them is Baingan Bharta.

We got these interesting white eggplants in our CSA last week and we finally got around to using them. They held on very well in a brown paper bag in our pantry for that time. 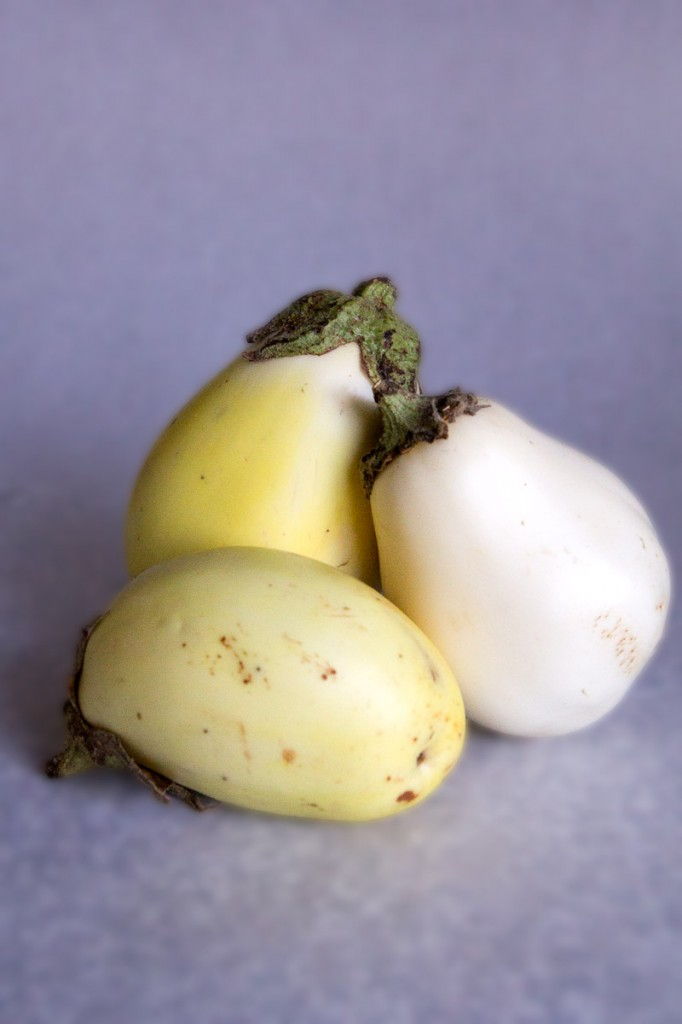 I usually make this with the large purple eggplants you find in the typical american supermarket. But with our CSA we had these little ones. The first step is to cook the eggplant. I usually slice them and salt them with a course salt to pull the water out and then cook them in water, a technique I learned from Alton Brown’s Good Eats. But Puja likes to roast them whole on the burner which is faster and less messy. With these little eggplants, I thought I’d do it her way, but use the broiler instead of the burner.

The thing to keep in mind when using eggplant is they have very little flavor or nutritional value of their own. They are just big sponges for flavor. So the goal is to first get the water out of them, which we do by cooking them on their own first. Then you add in your flavor which they are now ready to soak up like a dry sponge. With Bhangan Bharta what we we are soaking up is a rich indian spiced tomato sauce.