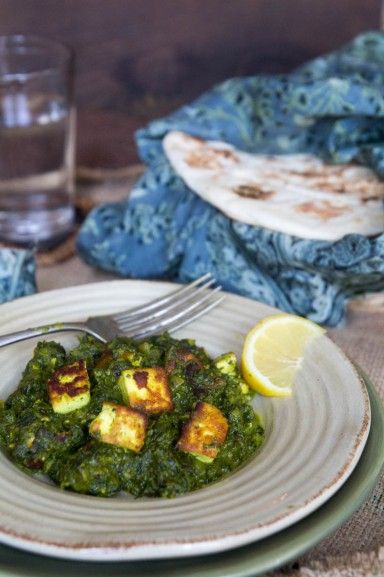 Palak Paneer is one of the most popular Indian dishes in the U.S. Spinach and cheese is such a classic combination, think of Spinach Florentine or even spinach artichoke dip which has a cheesy base. Personally, I don’t really like spinach even though I eat it pretty often. I have to dress it up with lots of garlic or, well, cheese. I love the combination of spinach and cheese. There is something about spinach that comes alive when cheese is added. It becomes infinitely more delicious than when it’s on it’s own.

I really do like Palak Paneer, but I’ve always had a problem with the way it is prepared in most restaurants. They tend to puree the spinach. It feels like eating baby food! My mom, on the other hand, uses all chopped spinach which has much more texture. I make mine with a combination of pureed and chopped spinach. I like my palak paneer to be silky but still have some texture. 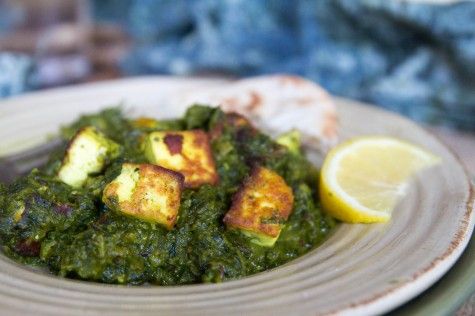 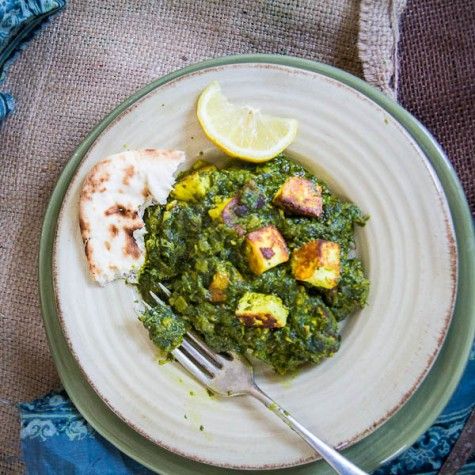 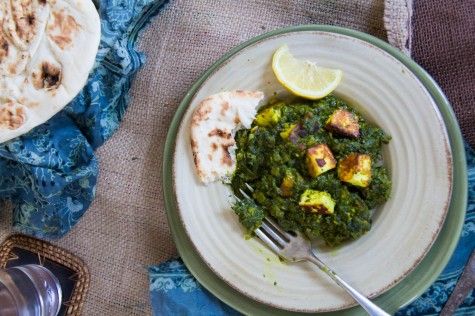 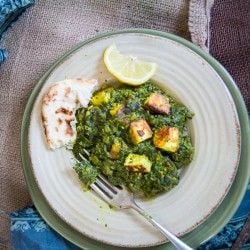 Best served with a flat bread such as naan, pita or even a tortilla.
The nutrition info is calculated with whole milk, cream and paneer.