One of our biggest goals with Indiaphile is to take the mystery out of cooking Indian food. Despite the long, complex history of Indian food, most dishes are no more complicated to make than western dishes. A dosa is no more difficult to make than a pancake. The multitude of vegetable dishes, shaaks as we call them in Gujarati, are pretty easy stir-frys. And making the various dals are a lot like making soup.


What really makes Indian food stand out is the spices. There are hundreds of spices and spice mixtures. I can tell you from our experience with the blog, presenting these spices on paper in an organized way that is compelling and makes sense is always a challenge. In Spices & Seasons: Simple, Sustainable Indian Flavors

, Rinku Bhattacharya does just that.

She is originally from Calcutta, but now lives in a New York state. Her approach is to respect the seasons and the available fruits and vegetables on hand. Like many of us, she prefers to get her vegetables from the farmers market (or even grow it herself) or to buy organic, but will compromise from time to time for ingredients that are available at the grocery store but are not necessarily organic.

Her approach means she respects the seasons. And she has organized her book in just this way. It would be impractical to simply divide the book up by seasons, what she has done is more of a hybrid between seasons and courses, that makes for a natural read and you certainly can read her book through. Every recipe begins with a paragraph to describe the dish and to explain its place in the culture or on her table. 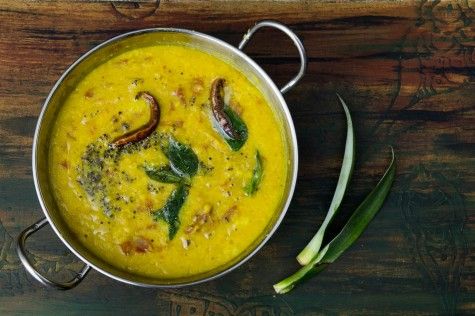 From her cookbook, we made Rinku’s “Spicy Lentil Broth with Pineapple.” A South Indian lentil dish with the tropical sweetness of pineapple.[/caption]

I like particularly her chapter on “Well-Seasoned Festivities: Indian Food for the Holidays.” Whenever American holidays come around, I like to come up with Indian-inspired versions of dishes traditional to that holiday. Like Rinku, I’ve found Thanksgiving to be a bountiful holiday for this sort of play. She offers various poultry dishes, such as Masala Cornish Hens, or “Brined Turkey with Pomegranate Apricot Glaze” that sound so mouthwateringly delicious.

Each chapter opens with an introduction about the season she is focusing on, and often some words about the culture. Sometimes she uses the ragas (a traditional, religious type of music) to describe the seasons, other times briefly describes stories from the Mahabharata, such as when Lord Krishna gifted Draupadi a cooking pot that would constantly replenish itself until she had finished her meal. Imagine such a convenience when you are entertaining a large crowd!

She also offers a great introduction to Indian breads. In truth, it would take a whole book, and a very large one at that, to really describe all of the Indian breads out there. There are yeast breads, such as naan, and non-yeast breads such as roti and paratha, there are stuffed parathas and puris and dosas. She has enough of them in her book to provide a good basis, as well as her inventions that take a western influence, such as cornbread and a garlic bread.

Both Steve and I really enjoyed this cookbook. Rinku is super creative with the ingredients available to her while still maintaining a strong connection to the dishes and techniques of her native India.

We made the Spicy Lentil Broth with Pineapple and absolutely loved it. It’s a South Indian style rasam made with pineapple instead of the tomato and tamarind broth that I am familiar with. I had never had nor was I aware of such a dish. I loved it! Later, Rinku informed me that pineapple is actually a common variation of the traditional rasam. That is good to know, especially because it’s so delicious!

We also made Rinku’s Black Pepper and Fenugreek spice mix. It is amazing with just about anything, including added to a simple potato hash.

If you are interested in inspired Indian cooking, I highly recommend this book. 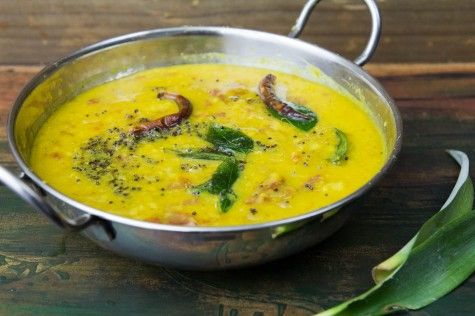 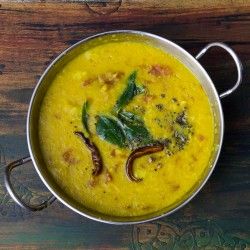 Disclaimer: While we were furnished with a copy of Spices and Seasons for review, our opinions are our own. Also, we are members of Amazon affiliate program and receive a small commission if you follow any links to Amazon on our site and make a purchase (thank you for supporting us!).